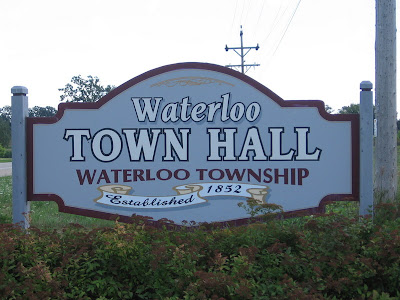 Forty three members of the Deppe family attended this year’s homecoming in Waterloo, WI. Held each year on the last Sunday in July, it coincides nicely for us when we attend the EAA Airventure in Oshkosh. 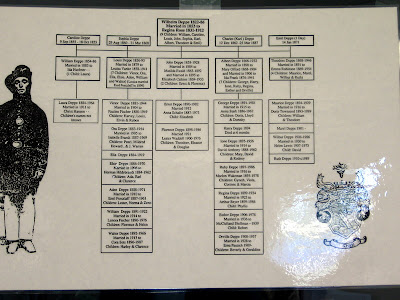 The picture of the family tree shows Bob on the right long column next-to-last. He’s a legitimate Deppe! 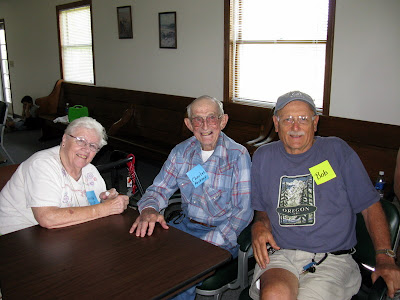 Honey has no concept of what large family is like. I can’t trace my family back beyond my immediate grandparents. But then, no one seems to know where the Magyars (Hungarian in English) came from anyway. So I guess they really don’t want to be found. When your parents were the first-born on US soil, there isn’t much to trace. 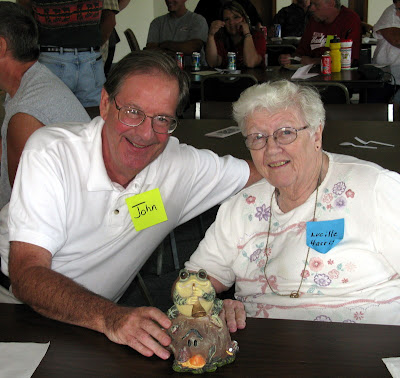 But alas, not so for Bob’s family; Bob’s mother’s family, the Deppe side, has been in Waterloo for generations. When we first married, the homecoming was held in Fireman’s Park, and hundreds attended. Recently the homecoming has changed to the town hall. 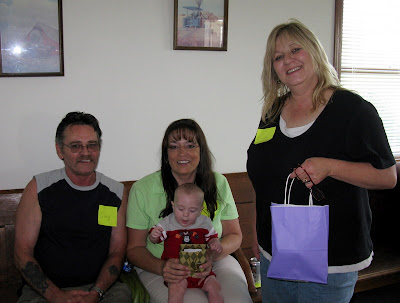 Prize going to the littlest Deppe

Everyone brings a dish to pass & each year a different family organizes the event. Here is where I owe all the Deppe’s a huge apology. I have no idea which Deppe is whom. So, with apologies to all, I present these pictures for all to enjoy, & if you’re related, you will know who you are looking at. 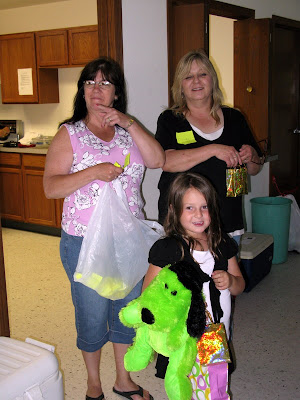 All sorts of prizes are awarding each year, along with door prizes – lots of them. Bob even won one, but we don’t know why. He also was awarded the prize for coming from the greatest distance, but he couldn’t accept as he won last year, and that is an unfair advantage. Therefore the prize went to John Deppe from the Chicago area. 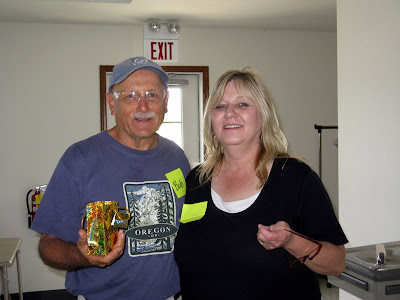 Pictures are included of the littlest and mid-sized Deppe, both prize winners; and of Bob’s Cousin Chuck (Charles Anthony) and his companion Lucy; and a few random shots of all. 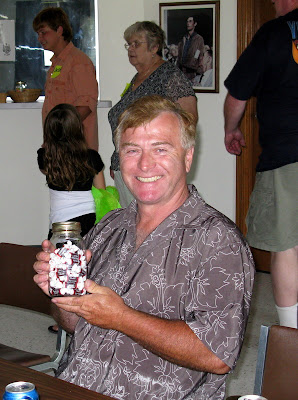 The prize for guessing the correct amount of Tootsie Rolls

After the organizer tried to get everyone’s attention, I finally utilized years of singing lessons to my advantage & managed to out shout the whole crowd to get a group photo. I hope everyone enjoys this hard won photo. 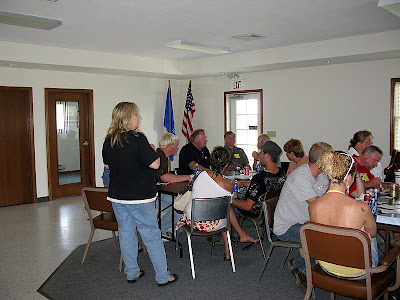 No one pays attention to this Deppe 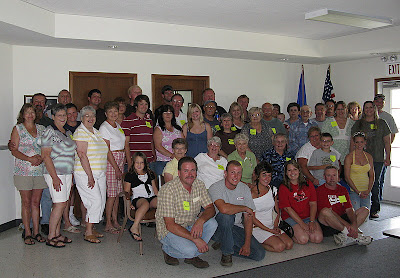 I had to out-yell them all, but bagged the photo!

Finally, after all the goodbyes, we drove over to the Waterloo Historical Society & took another tour. Next year they will add an elevator and rest rooms so all can enjoy the effort which has been made by all the townspeople. 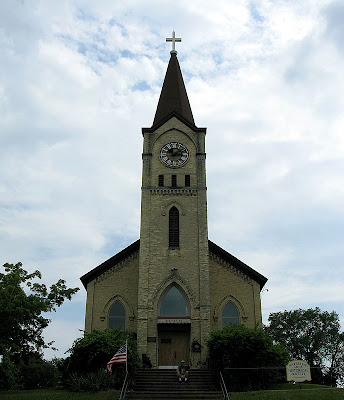 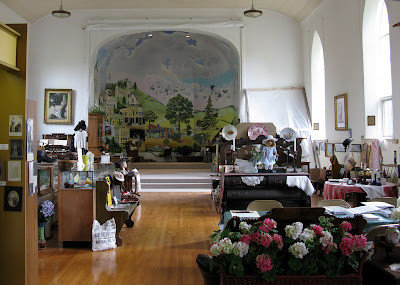 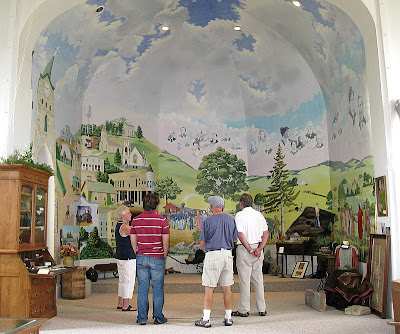 Bob gets a history lesson

They’ve done a terrific job and should be proud of their efforts. Much congratulations and thanks to all for agreeing to my picture taking.

Coming up next – The EAA Airventure in Oshkosh WI – largest air show in the world!
Posted by Honey and Bob Shellman at 12:45 PM