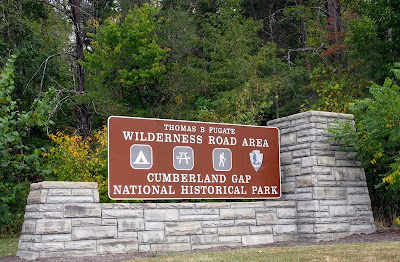 Hoping to avoid weekend crowds, we take a day trip over to the Cumberland Gap. Here, we literally walk in the footsteps of Daniel Boone and Davy Crockett. 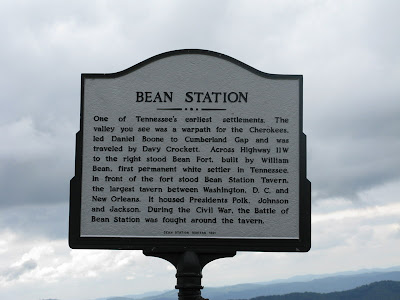 A stop along the way 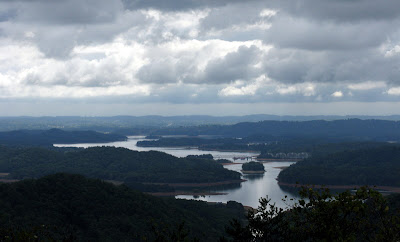 View of Cherokee Lake below 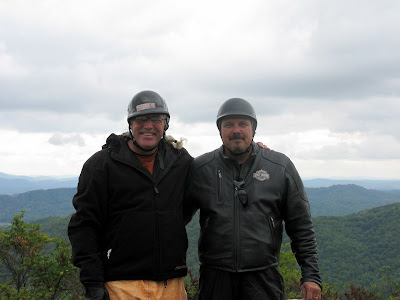 On the drive over we come to a wonderful overlook, the Bean Station, with views of the valley below. I keep wondering if this is part of the Tennessee Water Authority we learned about in perhaps fifth grade. Doubt I’ll ever find out. What I did find, however, were two bikers who were having great fun, and pretty much visiting the same places as Bob & I. They’ve made several trips on their bikes (wish I had taken a photo) and were pleased to pose. 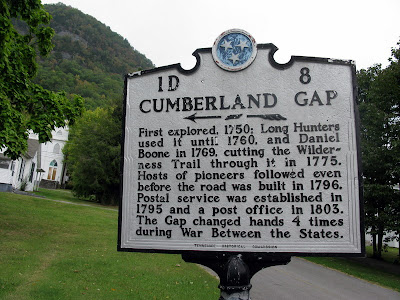 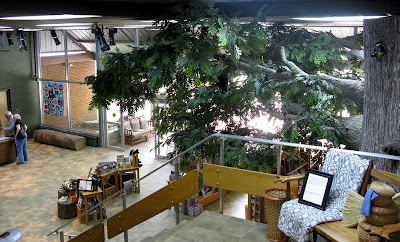 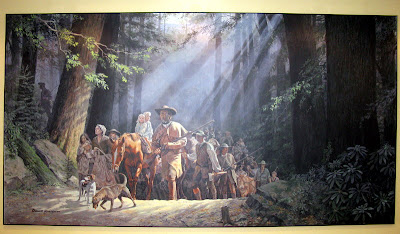 Picture of mural on wall of Daniel Boone & Party

First we came to the Daniel Boone Visitor Center, and then drove through the little town of Cumberland Gap and then over the other side of the highway to the Cumberland Gap Visitor Center. Established in 1955, it lies in the heart of Southern Appalachia encompassing three states, Kentucky, Virginia & Tennessee. 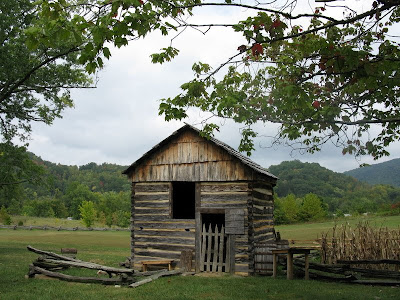 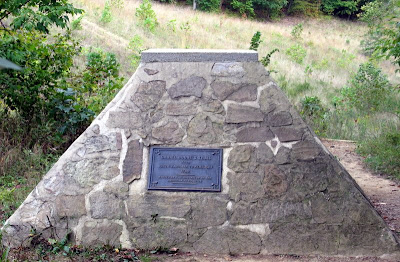 One of 4 plaques commerating Daniel Boone 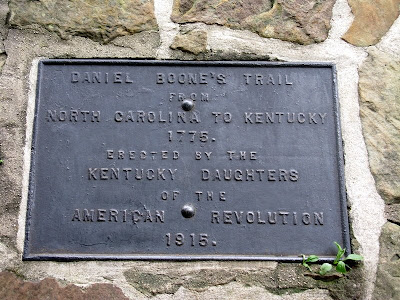 Close-up of one plaque

With close to 70 miles of hiking trails, it is perfect for fall hiking, peace, tranquility & solitude. Everyone else is visiting the Great Smoky Mountains National Park, and more likely, Hill-Billy-Vegas! 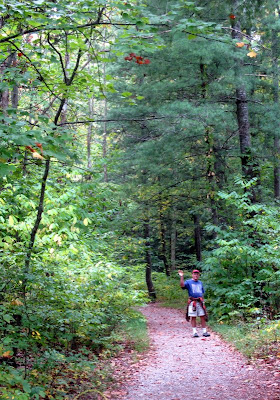 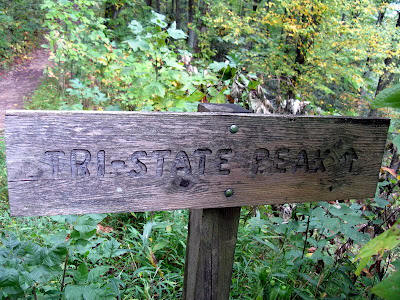 Trail up to the Tri-State area 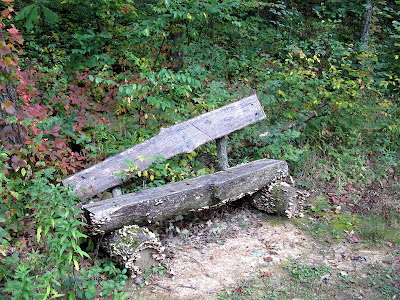 Daniel Boone, then a long-hunter, in 1775 blazed a road through this gap which not only established his place in history, but more importantly, opened the way into the Ohio River Valley. The Cumberland Gap was the primary way to the West until 1810. 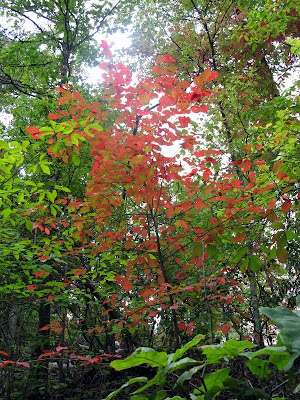 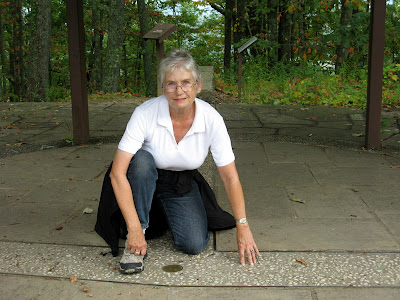 Honey in 3 states at once 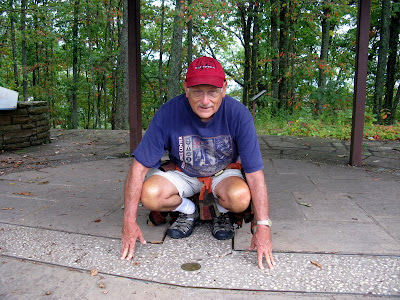 Bob in 3 states at once

Between 1780 and 1810, it is estimated 200,000 to 300,000 people crossed the gap heading west. This also made possible trade for crops, corn whiskey, and herds of livestock. During the Civil War, both sides used the gap, but it saw no major action. 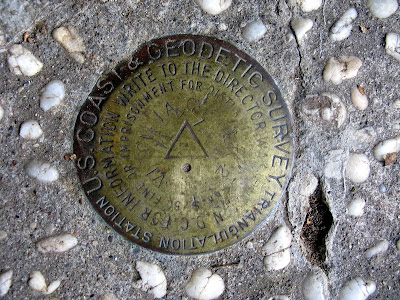 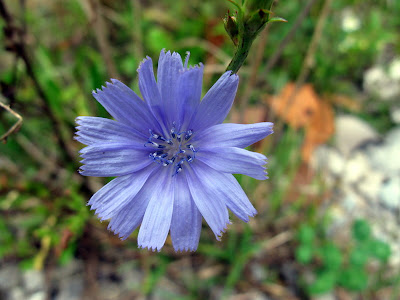 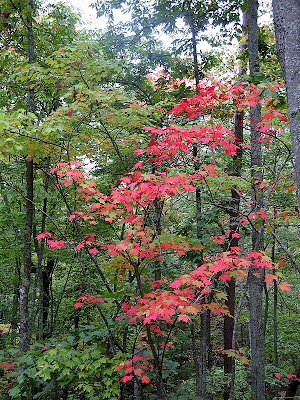 Cumberland Gap is one of the few natural corridors through the Appalachian Mountains. Prior to the 1770s, the primary route was southwest via Virginia’s Great Valley Road, then through the Cumberland Gap, north through The Narrows in Pineville, KY, and into the Kentucky Bluegrass country and the Ohio River Valley. 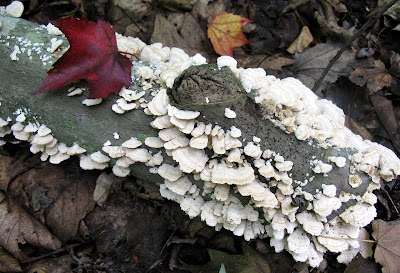 Daniel Boone and 30 other men marked out the Wilderness Trail from Long Island on the Holston River in Kingsport, TN, through the Cumberland Gap into Kentucky after the Treaty of Sycamore Shoals secured a large portion of the Kentucky country from the Cherokees in 1775. No one is more associated with Cumberland Gap and the opening of the west than Daniel Boone.
There are many beautiful places to explore in Cumberland Gap including Fern Lake, Pinnacle Overlook where you can view Kentucky, Tennessee and Virginia, Skylight Cave, Gap Cave, and the White Rocks to name just a few. Bob and I were fortunate to see the Park Headquarters, the Wilderness Road and Campground, the Object Lesson Road, and hiked to Pinnacle Overlook. 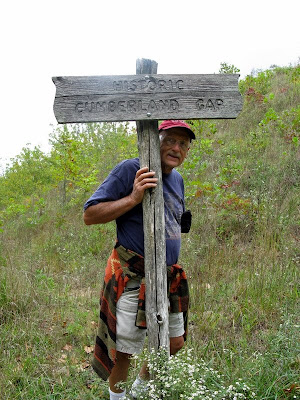 For further information: The Cumberland Gap
Posted by Honey and Bob Shellman at 4:31 PM