The first recorded name was actually Eastern Point Harbour (1766) or Peggs Harbor. Named after Saint Margaret, there are many ledgends as to how it got named. In addition to serving fisherman, it has been an art gallery, post office, and more recently a tourist gathering. Located on a flat piece of land jutting out into the sea, it has sustained much damage due to multiple hurricanes over the years. Originally about 6 German families called this home. 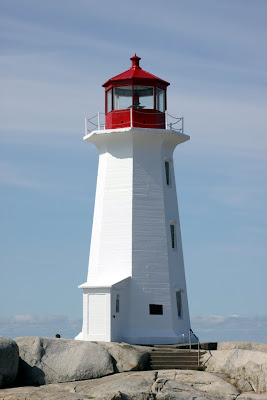 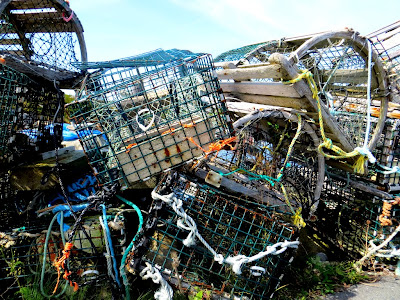 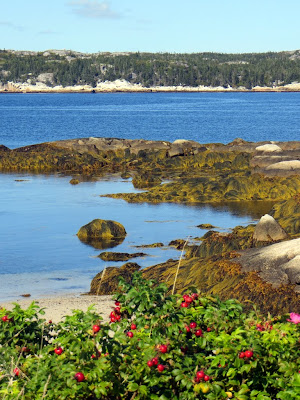 As roads improved, more and more people "discovered" Peggy's Cove and I think you will agree these pictures show why it's such a popular place. Although quite small, located about 26 miles south of Halifax, this coastal area serves professional and amateur photographers alike an amazing array of colors and objects to capture on film or silicon. 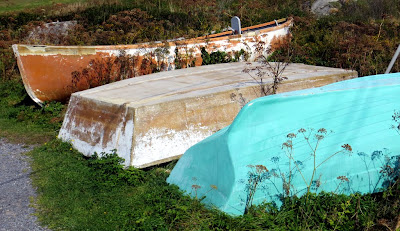 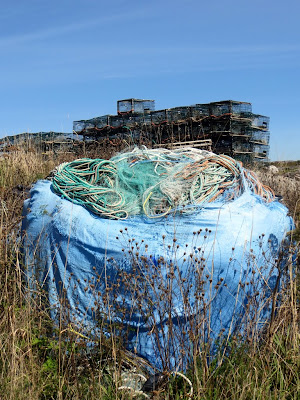 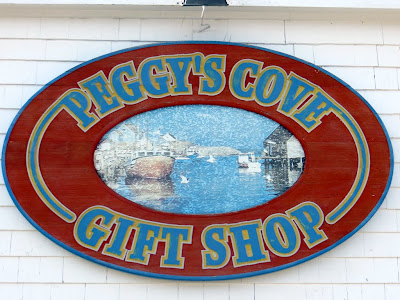 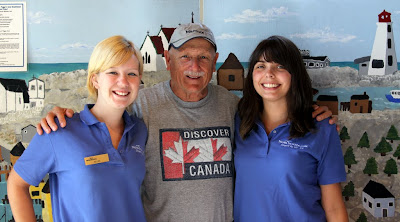 Bob, an expert in finding pretty girls to pose with him, is one happy camper. We both enjoy the sights of this area and the amazing colors it offers! 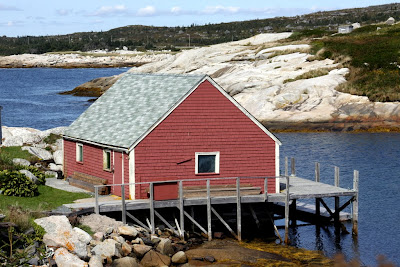 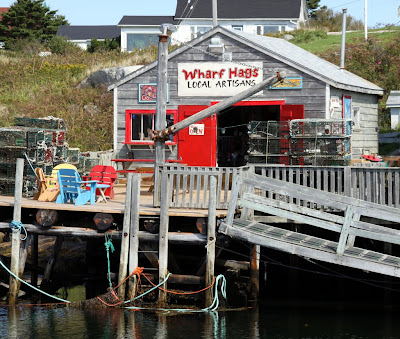 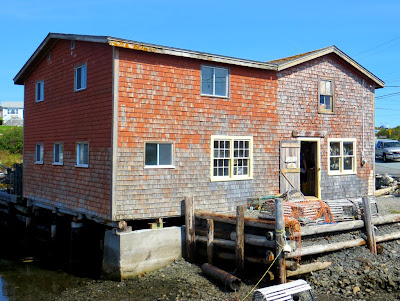 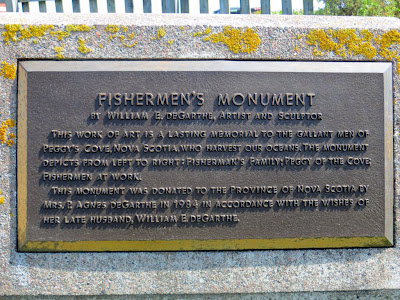 Hey, we're on our way to Lunenburg - our favorite place in Nova Scotia!
Posted by Honey and Bob Shellman at 8:48 PM