Located on Cape Breton Island Nova Scotia, it is a partial reconstruction of the 18th century village originally settled in 1713 and is now a National Historic Sight in Canada. 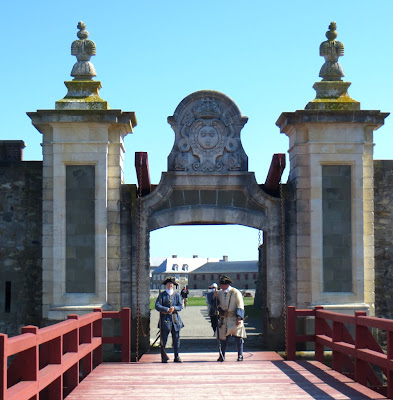 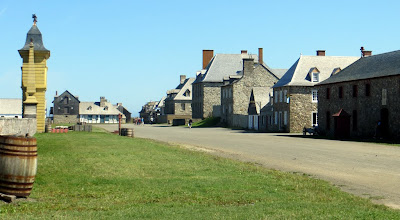 The detail and extraordinary work required to achieve this cannot be duplicated today - the cost is just too great. 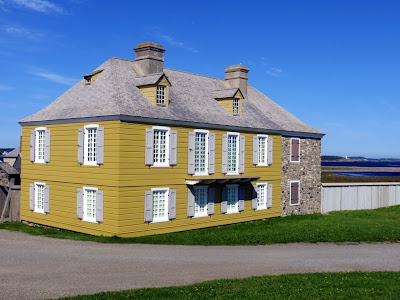 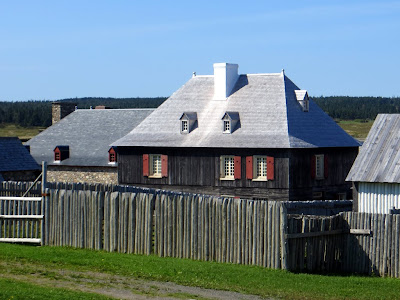 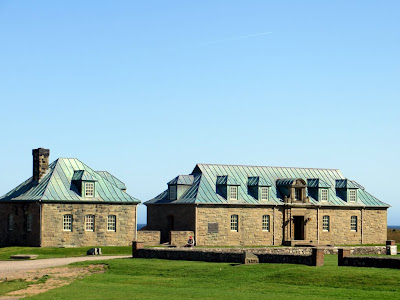 We love the fact the Canadians made it a living museum, complete with costumed docents who relay the work and history of the people who lived there. They do an outstanding job. 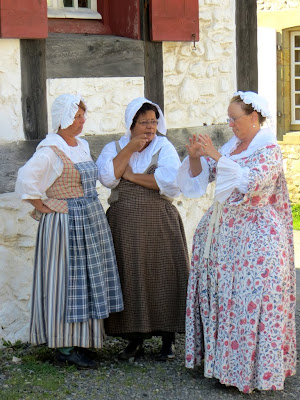 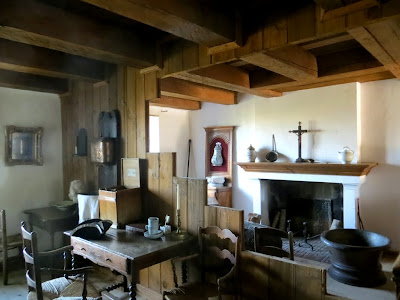 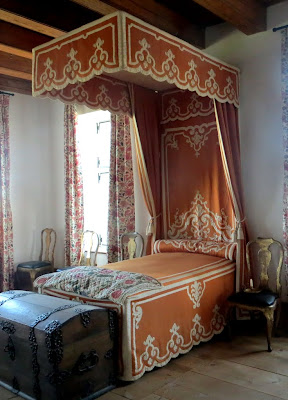 Both people and animals bring this museum to life. The hardships are overwhelming and we realize it's great to be alive in the 21st century. 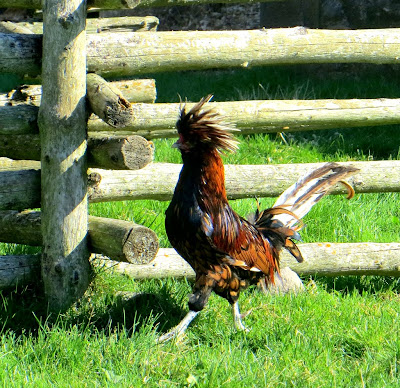 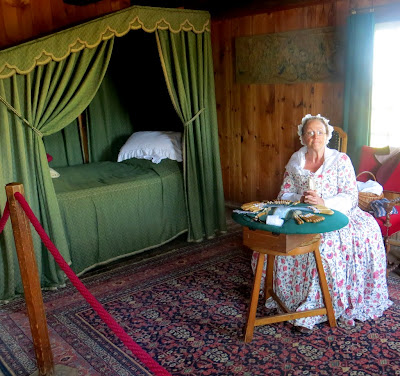 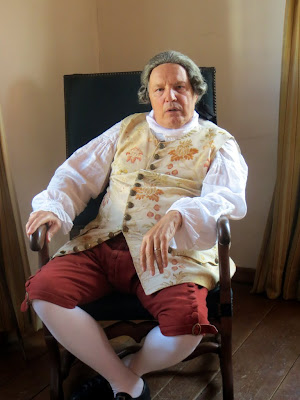 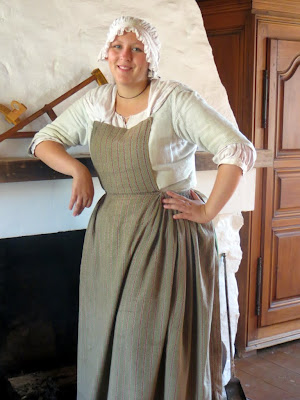 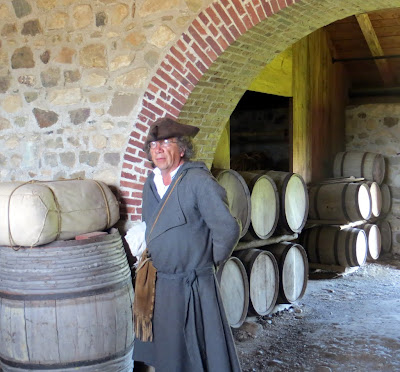 It's truly hard to leave such a special place. We look back at the Fortress and Lighthouse hoping we can visit soon again. 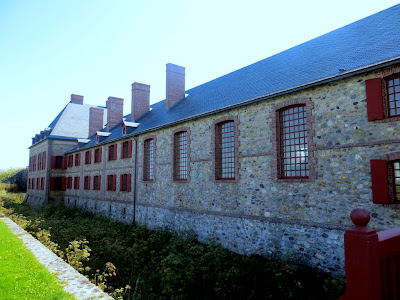 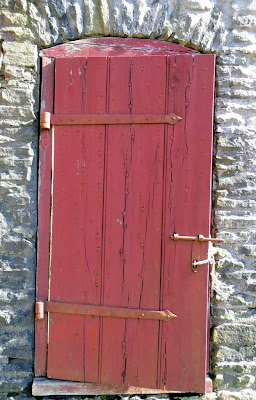 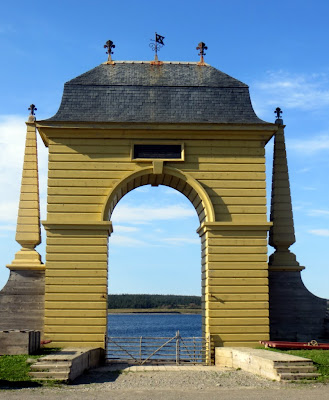 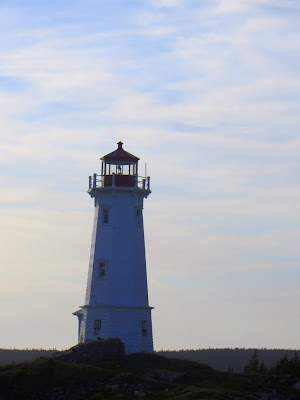 The walls were construction mostly between 1720 and 1740. In that time it was both an extensive and expensive European fortification in North America. It suffered many battles in its day. Using the original stonework, it was reconstructed during the 1960s and 1970s using unemployed coal miners. If you find yourself on Cape Breton Island, this is a must see!
Posted by Honey and Bob Shellman at 7:52 PM