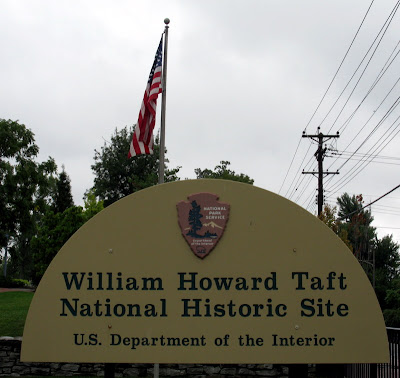 The National Historic Site for William Howard Taft in his home town, Cincinnati, Ohio sits on a hill overlooking the city and the Ohio River. In its time, it was an upscale neighborhood, but is now somewhat deteriorated. 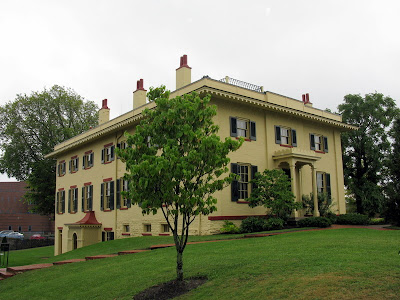 The Taft home & museum
After a short video, there was a guided tour through the ground floor of the house, which included Taft’s office and the rooms where the family entertained. The museum is located on the upper floors. 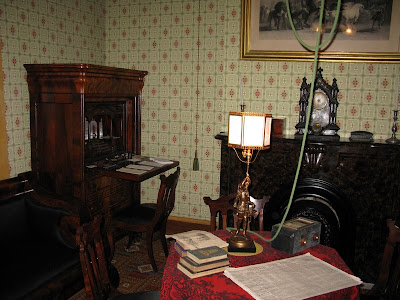 Tafts office & gas lamp
Returning to Taft’s office, note the cord attached to the lamp. There was no electricity; however the house had natural gas. This gas lamp came complete with a cord in order to be able to move the lamp. 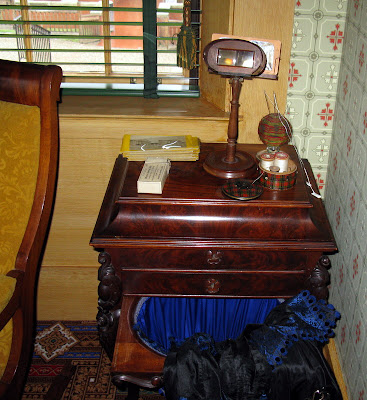 Table with kaleidoscope
The end table holds a kaleidoscope. This was extremely unique and was the utmost in technology for the time. 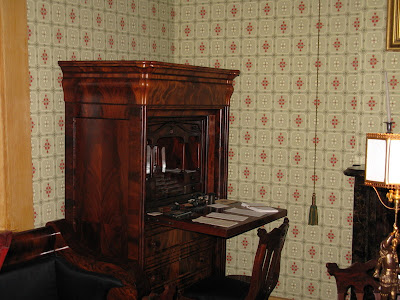 One of Taft's desks 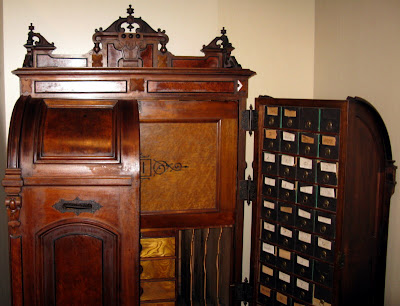 Open view of desk
Moving towards Taft’s desk, this is an example of a typical bureaucratic desk in its time. Note the compartments for filing and holding accessories. 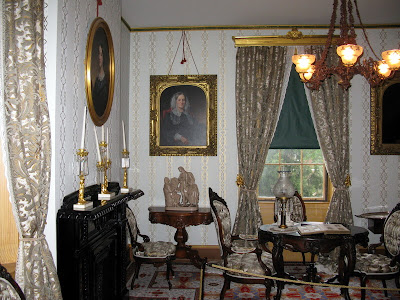 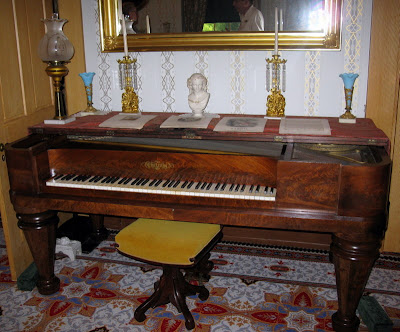 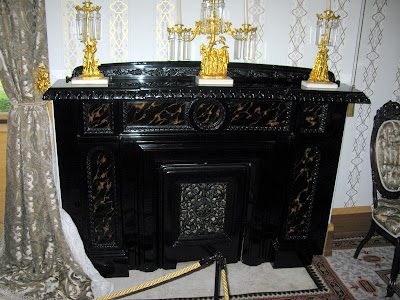 Ornate furnishings
Although not a family of means, the Taft family was very well educated and devoted their lives to public service. William Taft was a conscientious student and was consistently at the top of his class. It is interesting to find that Taft’s father, founded the Scull & Bones Society at Yale, and that all the Taft family attending Yale were members. 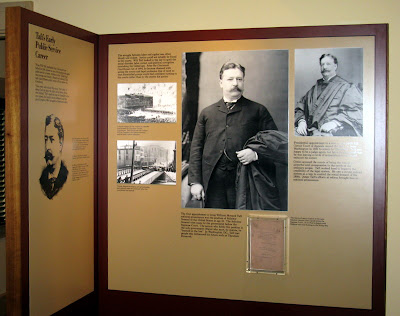 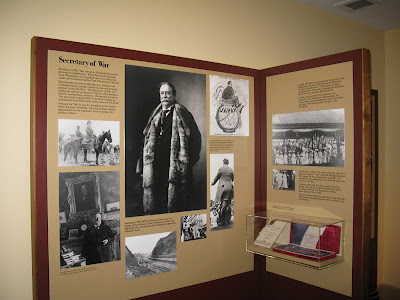 Appointment as Secretary of War
Returning to the US, Taft became Secretary of War, today called Secretary of Defense; and was Theodore Roosevelt’s right hand man. When Roosevelt decided not to run for a second term, he nominated Taft as the Republican candidate. Thus Taft became the 27th President of the U.S. Not long afterward, Roosevelt formed the Bull Moose Party. This split in ideology not only estranged the friendship, but divided the Republican Party, ensuring victory for democrat William Harding. 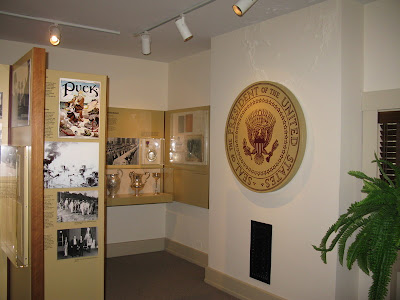 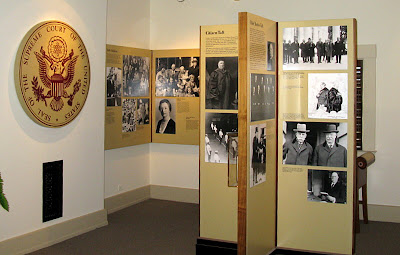 On becoming Chief Justice of the Supreme Court 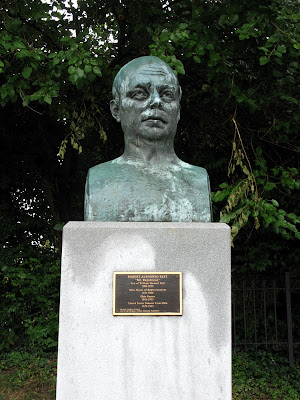 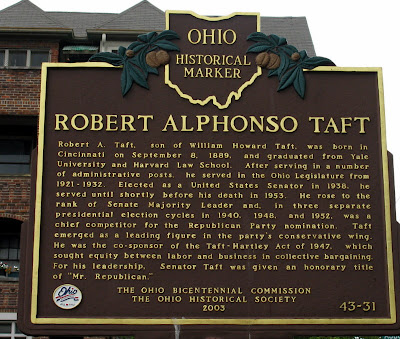 Taft then was the only person in history to become both President of the US and appointed as the 10th Chief Justice of the U.S. Supreme Court. Taft's son, Robert Alphonso Taft became a US senator in 1938 and served until shortly before his death in 1953. He was co-author of the Taft Harley Act of 1947.

The only Taft of means was Charles Phelps Taft, William H. Taft’s half brother. Charles wife, Anna Sinton Taft, inherited this house from her father. Charles & Anna gave this house along with an extensive art collection to the poeple in Cincinnati in 1927. This art museum opened to the public in 1932. 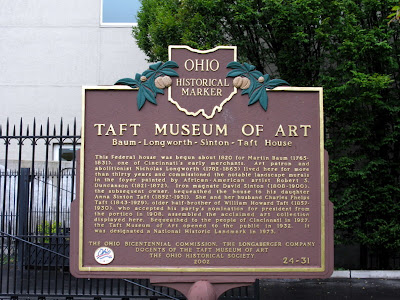 Donating the Museum of Art in 1927
Charles & Anna Taft endowed Cincinnati with a fine art museum, libraries and several other cultural venues. 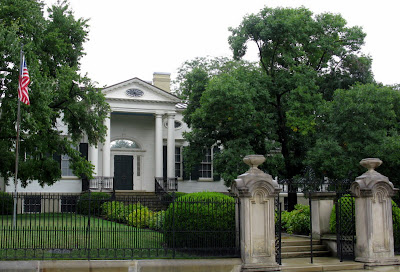 The Taft Fine Art Museum
For further information: National Park Service
Posted by Honey and Bob Shellman at 10:57 AM