The Dream of Flight

NPS Photo
Somehow we lost track of time and need to return to Ohio! We completely forgot the Dayton Aviation Heritage National Historic Park and the Wright-Patterson AF Museum. Both places were visited of on all days to forget, Sept. 11.

Wilbur Wright, Orville Wright and Paul Laurence Dunbar, achieved their success through much trial and error. Ultimately, the Wright Brothers gave the world hope in making flight a reality. Paul L. Dunbar was an accomplished novelist and essayist. 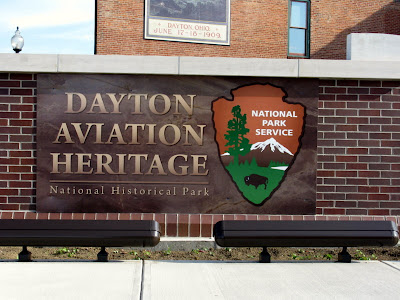 This heritage site contains several parts; First, the Wright Cycle Building. The Wright brothers were entrepreneurs of their day. They actually started in the printing business, and then moved on to bicycles. 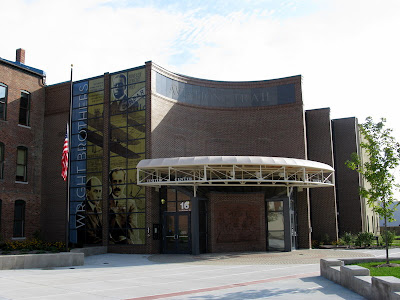 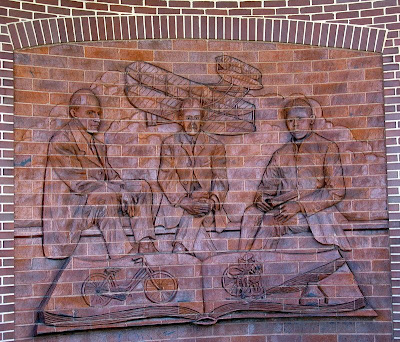 Close-up of mural at entrance to building
The Wright brother’s historic flight on October 5, 1905 not only changed history, but also became the starting point of practical flight, fraught with crashes and other calamities. The third part of the museum thus is dedicated to the history of parachutes. As flight speeds increased, so did the need to escape the inevitable! 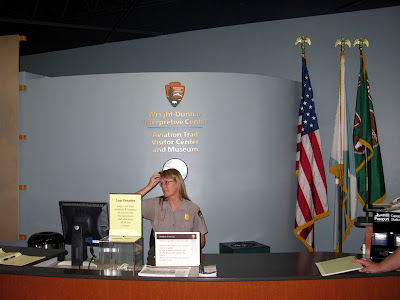 Park Ranger who greets visitors
The park ranger pictured above, is most knowledgeable and greets visitors when entering. She and her husband are actually professional cavers. 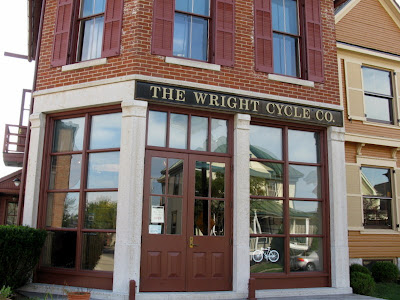 One of the original bicycle shops
The Hoover block, dedicated as part of the West Third Street Historic District in 1988, contained the Wright print shop. Their second print shop was known as Wright & Wright, Job Printers. 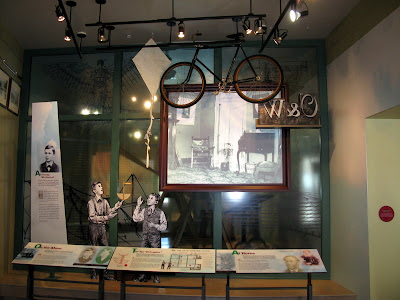 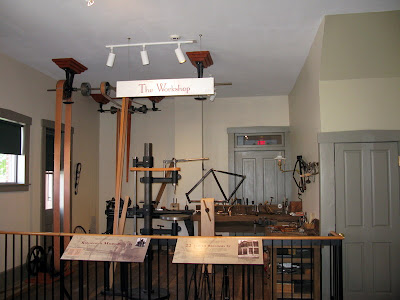 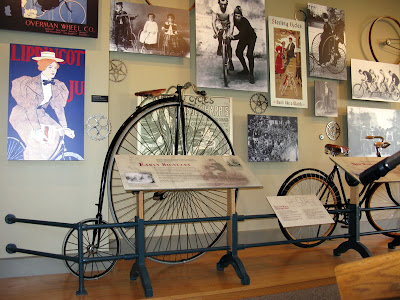 One of several bicycle displays
The fourth bicycle shop operated by the Wrights is the only building remaining as testament to their bicycle business. The Cycle Shop forms a part of the Wright Cycle Company complex, designated as a National Historic Landmark in 1990. 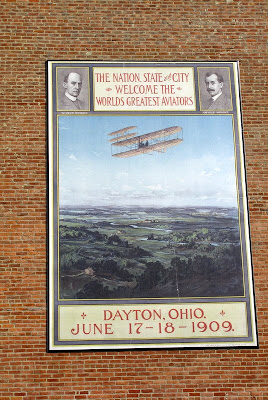 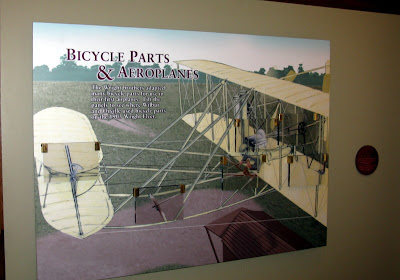 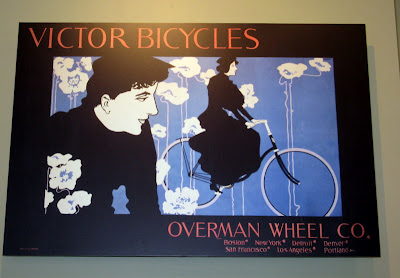 These posters are part of the museum display, showcasing their planes, cycles, and parts available. 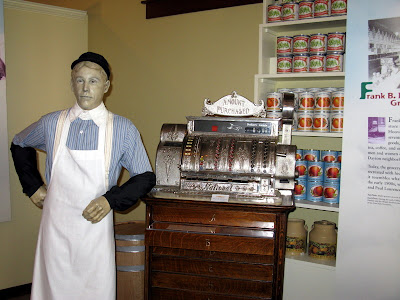 This beautiful ornate cash register is part of the exhibit showcasing commerce of the era. Humble beginnings for what became known as NCR Company. 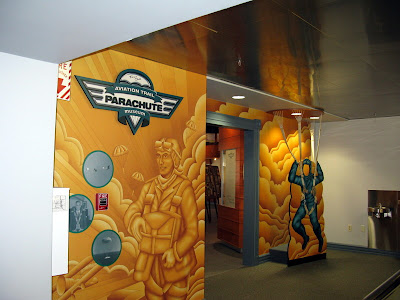 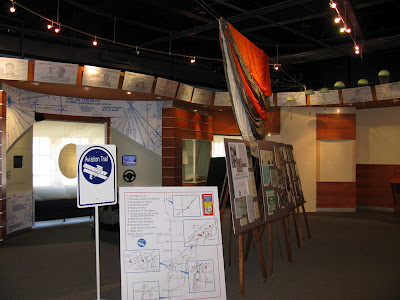 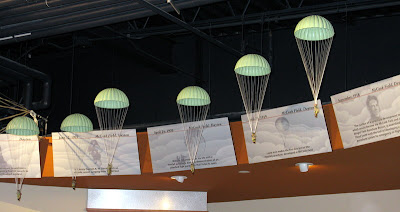 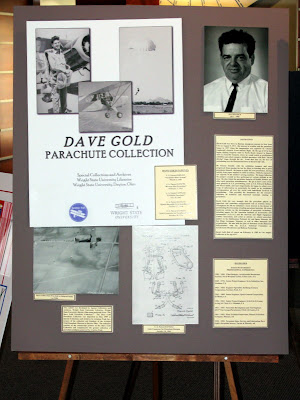 Major contributor to parachute portion of museum
Entering the parachute display, much of this exhibit was made possible by Dave Gold. The murals along the walls chronicle the history of parachuting. 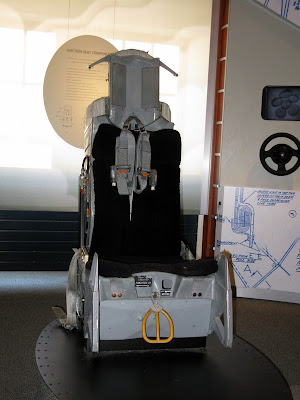 This injection seat is interesting to see. When the yellow ring below the seat is pulled, it ignites an explosion of sufficient strength to break the canopy propelling the seat up and high enough to clear the plane, and allow the pilot to safely come down.

Parachuting pioneer, Joe Kittinger
Joe Kittinger, pictured above, made this jump just prior to the space program showing what is possible. 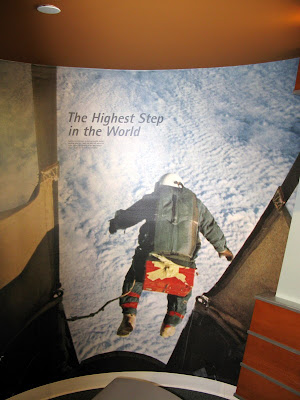 Actual photo of jump shown in the museum
This picture is the actual photograph taken of the jump. 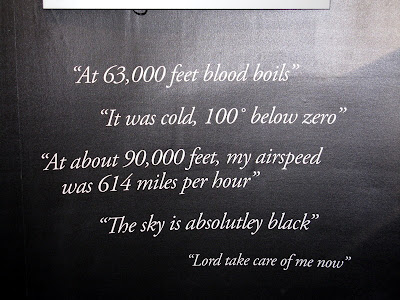 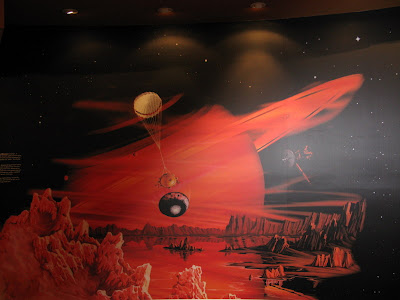 Depicting the future
Mr. Kittinger obviously had faith in his equipment and capabilities. The last poster shows an artist’s rendition of the future of flight.