The world’s largest military aviation museum is located adjacent to Wright-Patterson AFB in Dayton Ohio. It is an awesome place to visit with 3 distinct displays: the interior displays, the exterior displays, and the memorial exhibit area. 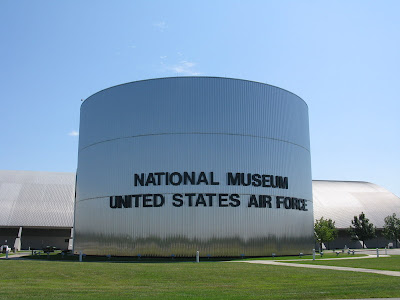 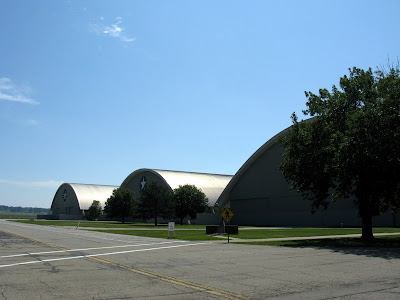 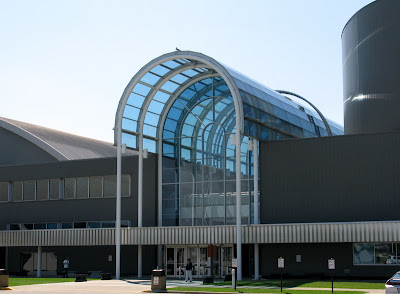 Museum entrance
Upon entering, you are greeted by Icarus, (a character in Greek mythology known for his attempt to escape Crete by flight, falling to his death) marking the beginning of the interior exhibits. 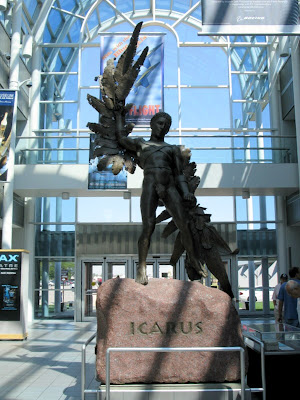 A depiction of Icarus
The exterior displays showcase many old, rare, and one-of-a-kind planes; including Hitler’s personal airplane and a typical high-rank transport plane used in WWII. 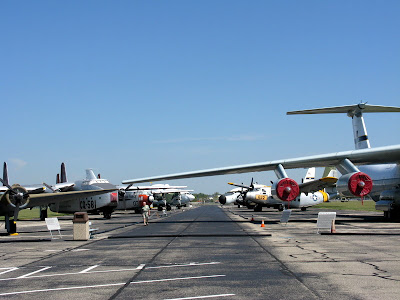 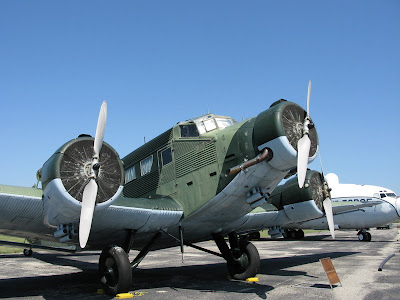 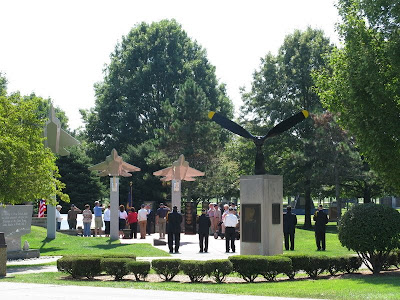 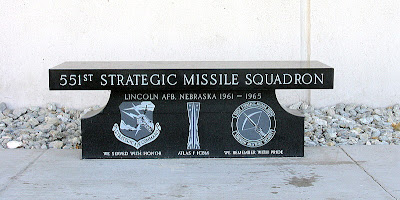 One of dozens of memorial benches
All the following photos are of interior displays. The lights were very low making picture taking challenging, at best.
The B-29 bomber was the actual plane Col. Paul Tibbits flew to drop the first bomb on Hiroshima, Japan. 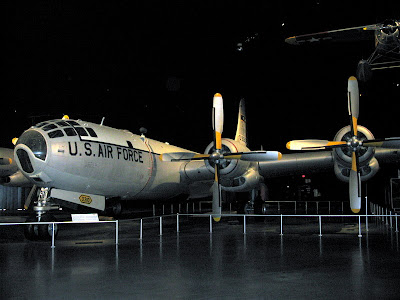 B-29
Next is a replica of “fat man,” the second atomic bomb dropped on Nagasaki, Japan. 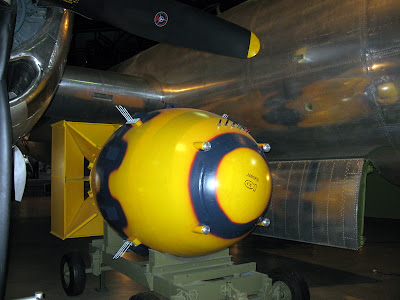 "Fat-man"
The following is a display, one of many, of typical bomber art. 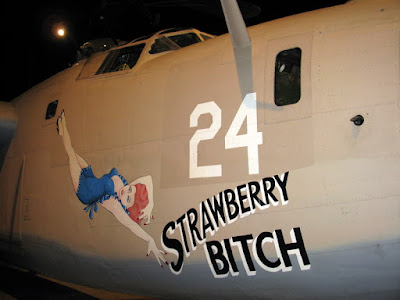 No comment!
The B-36 was the predecessor to the B-29. It is a huge plane with 6 turbine-prop pusher engines (3 on the trailing edge of each wing) and 4 jet engines, two per wing. It was heavy, unruly, and a nightmare to fly. 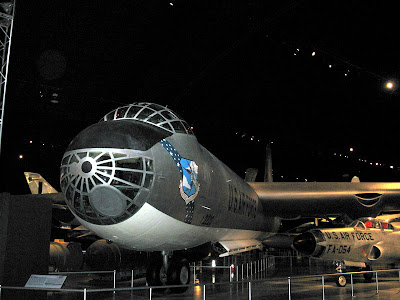 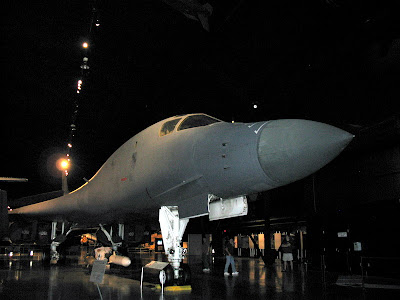 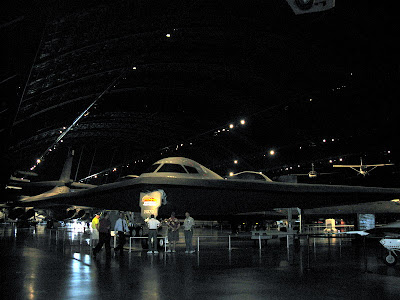 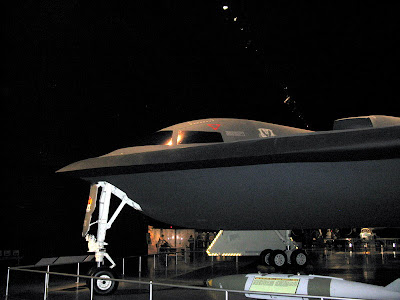 Another view of the B-2
Wow! The SR71 - an awesome sight. Honey saw one fly over Nevada City in the early 1960’s. She said she was in the yard when the ground started to shake and this roar came from the sky. She looked up and realized it was a plane, but a very frightening one. 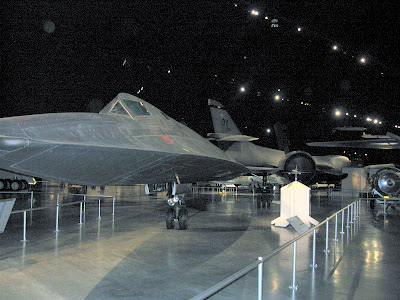 SR-71
The F-117A is a stealth fighter. By the way, Honey finally figured out that if the plane starts with a “B” it’s a bomber. Planes starting with “F” designate fighters. Oh well, better late than never! 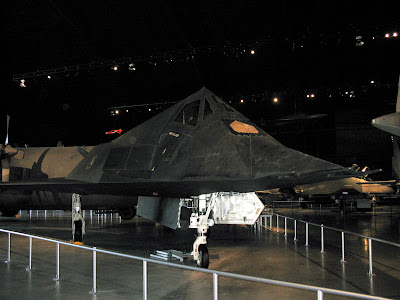 F-117
This ME262 was one of the first jet fighters manufactured by the Nazis. (They didn’t use Bs and Fs) 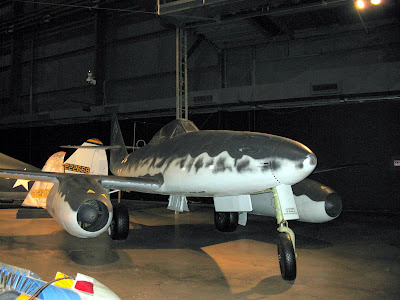 ME 262
The cartoon character Dennis the Menace on this F86 makes great airplane art. 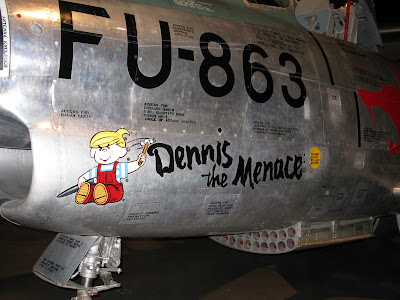 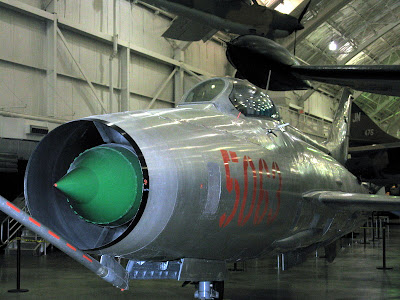 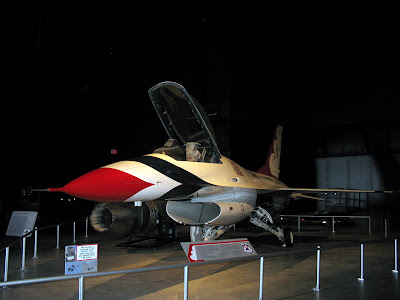 The following slideshow consists of 181 photos, including those above, for you aviation enthusiasts. Enjoy!